Manchester united defender Matteo Darmian has expressed his wish to remain with the red devils.

Darmian had been one of the many players to have benefited from the club’s poor form in the recent months.

Manchester united had had a very poor outing in the month of October and the following November. Even worse was for Darmian, as the club kept up a poor appearance at several outings, the team’s coach seemed to have absolutely no interest in using the Italian player in matches in his first few weeks at the club as manager.

As José Mourinho took over control of the club as coach, he seemed to have totally sidelined Darmian for the first few weeks as the Italian made no appearance at matches. While this might have been unfortunate for the Italian, he was not alone as his fellow teammates like Morgan Schneiderlin and Bastian Schweinsteiger seemed as though they had been scheduled for an exit from the club.

However, with January fast approaching along with any chance for the Italian to make his exit from old Trafford, the news and circling rumors about Darmian leaving the club are gradually dying down. There have been media speculation about a possible transfer of the 27 year old in the recent months, but all rumors are gradually been dispelled. END_OF_DOCUMENT_TOKEN_TO_BE_REPLACED 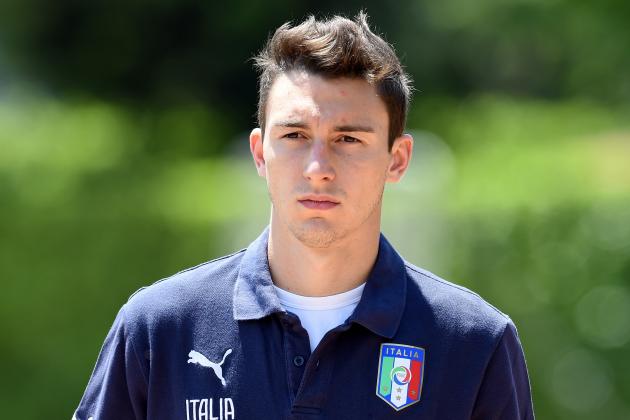 “I think it’s good to have such competition within the squad because there are a lot of good players for every position in a big team. You just have to be ready for when the manager gives you a chance. I think he’s a great manager, he’s very hungry and his victories and successes speak volumes for him. We want to improve this week to be ready for the first game of the season.”MatteoDarmian of Manchester United said. END_OF_DOCUMENT_TOKEN_TO_BE_REPLACED Manchester United is sprucing up their talents and Matteo Darmian is being trained and brought back to the fitness levels ahead of the game. The Italian defender has not been in action for a while. That is mainly because of an injury that he suffered in the last match. END_OF_DOCUMENT_TOKEN_TO_BE_REPLACED “The injury of Darmian is a kick on the ankle. He is now walking in a brace but the next day it can be OK. A kick is a kick.” END_OF_DOCUMENT_TOKEN_TO_BE_REPLACED

On Rooney playing, LVG said: “No (he won’t play at Tottenham), he’s playing for the Under-21s. It’s going very well. He has trained with us two times – only two times so it’s not too much. He has to build up his capacity in the 21s team.” END_OF_DOCUMENT_TOKEN_TO_BE_REPLACED

After it was announced that David de Gea would not be making his move to the Santiago Bernabeu, the president of Real Madrid Florentino Perez released a statement which read: “At 13.30, Manchester United already had the contracts. We sent the contracts to Manchester United at 13.30 and they took eight hours until they sent back the papers.
END_OF_DOCUMENT_TOKEN_TO_BE_REPLACED